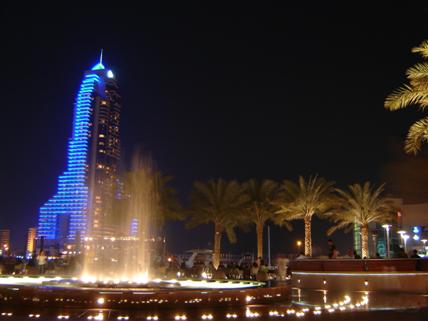 Dubai is perhaps the most multicultural place I have visited. Along with the Gulf Arabs are foreign Arabs, Africans, South Asians, East Asians and Europeans. This variety of people and the associated cultures and foods were great changes from Mersin. 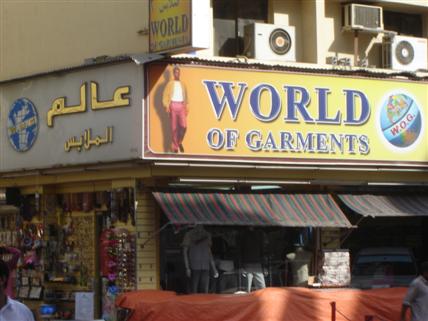 Wog is an impolite (often offensive) term in Australia

The cosmopolitaness may make Dubai sound soulful and full of character. However, this is not the case. From my observations, the city’s vast distances, lack of history, choking traffic, business focus and nationality/class discrimination combine to remove most of the city’s character. 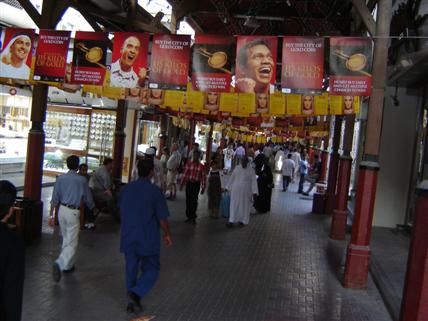 The area with the most character I visited was the streets surrounding the gold souk where the mainly South Asians had their shops. In fact, whilst walking along a few back streets I was asked by 3 or 4 different pimps if I would like any ‘small ladies’. I politely declined each time. 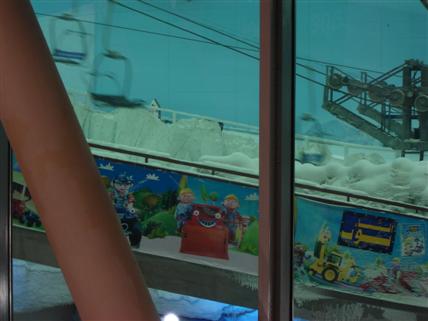 The Mall of the Emirates’ ski lift (hi Bob the Builder)

Dubai is a unique place and definitely worth the visit for anyone into modern architecture, shopping and grandiose projects. It is a kind of gambling-free Las Vegas where the massive hotel-casinos are replaced by massive hotels and shopping centres. Las Vegas’ wealthy developers, desert location, fast cars, imported labour and quest to build larger and more fancier structures are all there in Dubai.

Nargile and fresh juice with Nermeen and her beach guard cousin

Nermeen, a very good friend of mine, drove me around Dubai. I first met Nermeen in Turkey when she was on her traineeship and then again in her home town of Alexandria, Egypt. 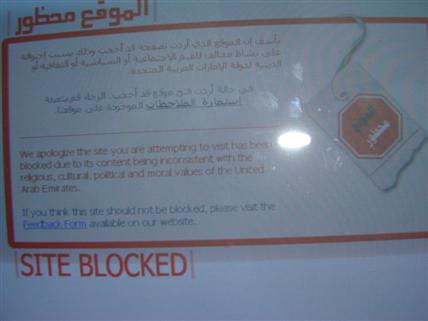 The Internet is censored in the Emirates

In Dubai I stayed at the Youth Hostel. The new wing was very clean and it was perhaps the cleanest hostel I have stayed in. I shared a twin room with another Egyptian. In true Dubai style, the room’s air conditioning remained continuously operating even though the weather was not hot and I would have preferred fresh air.

* Having nargile with Nermeen and her cousin. The fresh mango juice was scrumptious.
* The variety of food. I bet Carrefour hypermarket in Deira City Centre had more styles of rice than the whole of Turkey.
* Everybody understanding English. Although Arabic is the official language of Dubai, English is more widely spoken. The English spoken, though, is a non-native version as attested by the ‘parking at rear’ sign below 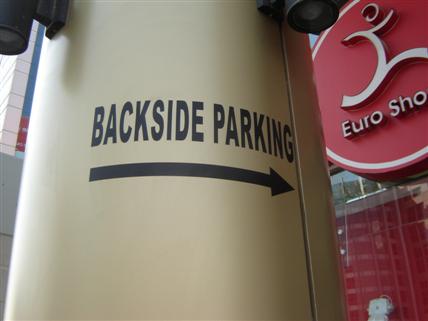 * The ferry rides across the Creek 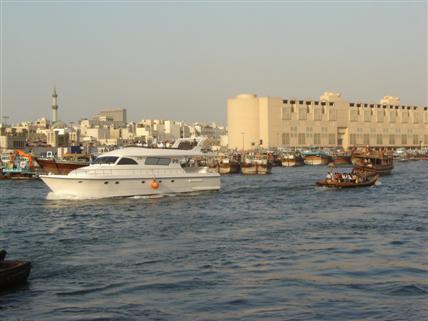 * Drinking a ‘Blue Frog’ cocktail in the British pub in Madinat Jumeirah. The drink contained 4 shots of spirits and was recommended by Nermeen, a lady who has never ever drunk alcohol. 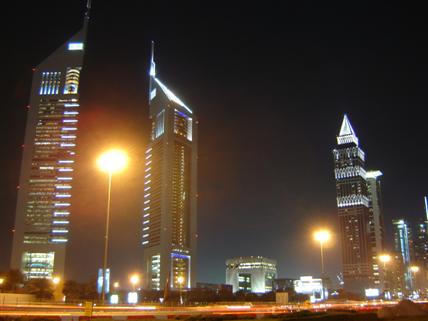 The 2 Emirate Towers (on the left) at night

Too much gold is never enough at Dubai’s Gold Souk

* The amount of gold on display at the gold souk.

The Burj al Arab is the most recognisable symbol of Dubai. I visited the vicinity of the seven star Hotel but did not go inside. The hotel normally is lit up in many colours at night but as Dubai was still mourning the passing of its former Emir the building only reflected white lights. Next time I’m in Dubai I’ll visit the hotel area during the day and perhaps even go inside for a meal (providing I have money to burn).